Sekinat Dosunmu is a senior at Patapsco High School and is an active member of her student government, participates in numerous honor societies and is on the track team.  Dosunmu initially started volunteering as part of the requirements for her honor societies and student government association, but she quickly discovered she enjoyed giving back.  Dosunmu volunteers regularly at a food pantry that operates every other week out of her high school, tutors students twice a week through her school and acts as coach and mentor for younger kids in Soccer without Boarders–a program that aims to provide a sense of community to immigrant kids and kids whose first language isn’t English. 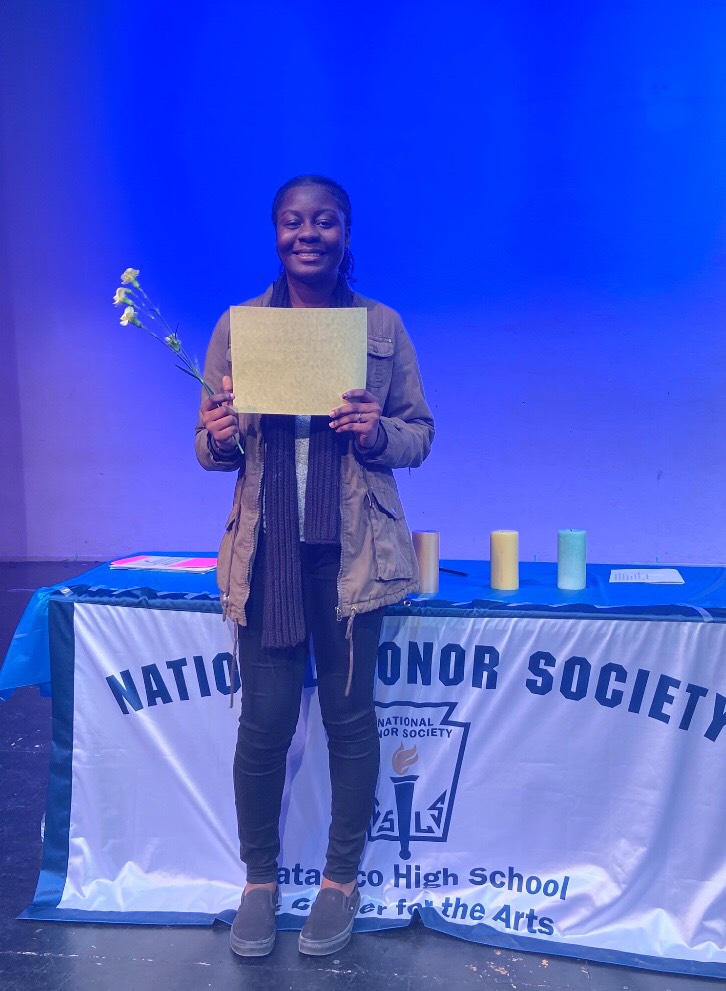 Dosunmu started volunteering with Soccer Without Boarders after finding out the organization was looking for volunteers who spoke Yoruba, a language Dosunmu is fluent in. While she hasn’t been able to speak Yoruba with any of the kids she mentors, Dosunmu enjoys the sense of community the organization provides the kids with and the mentorship role she is able to play. Most of the kids speak Spanish or Arabic or French. Dosunmu is working on learning French and hopes to become fluent one day.

“I also like giving back because I like seeing the joy on peoples face and the feeling to know that I contributed to their happiness,” Dosunmu said.