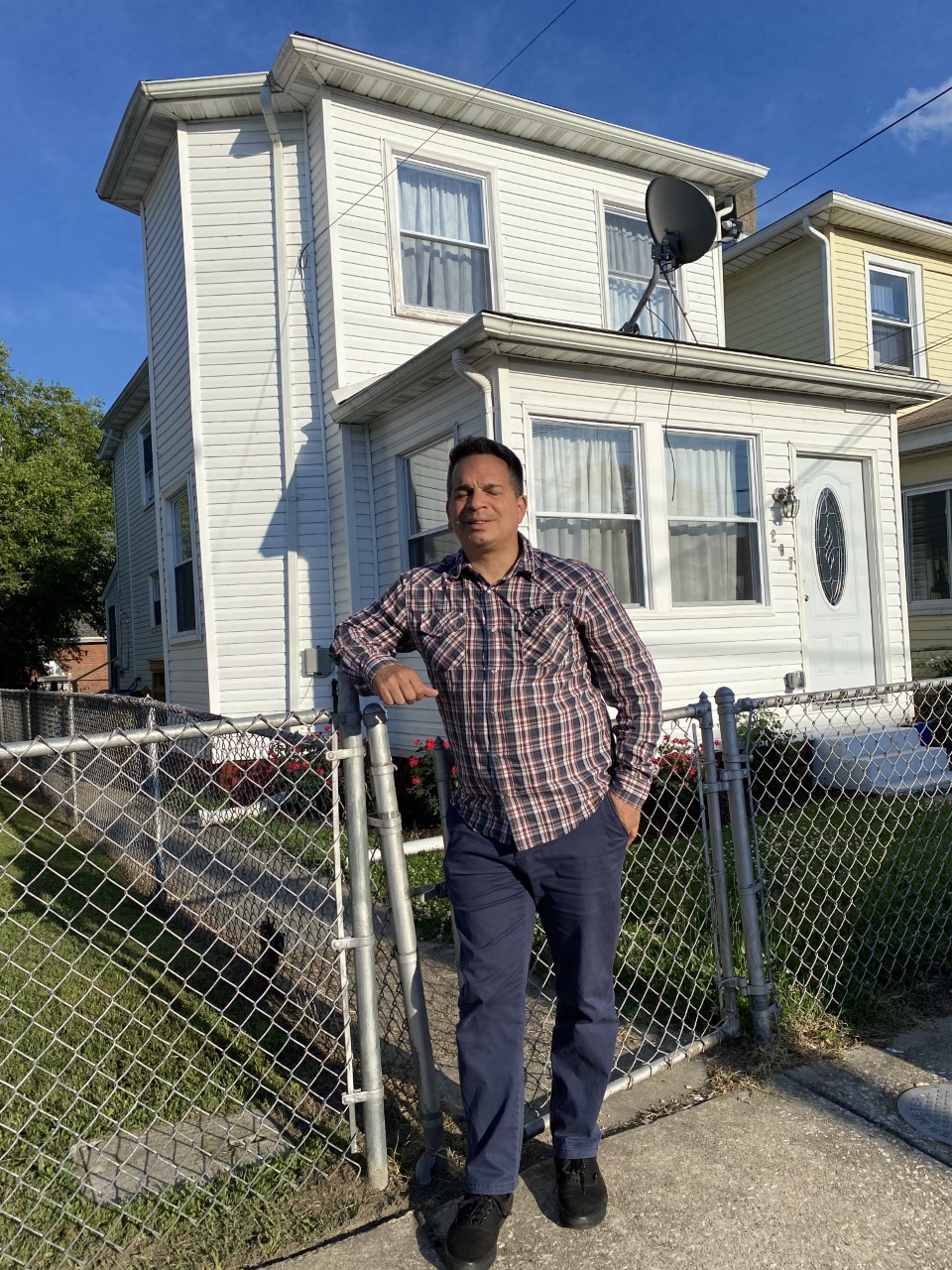 Social worker and foster parent Alfredo Santiago rented for six years before finally becoming a homeowner in Turner Station this spring. Mr. Santiago knew he could be a homeowner. He wanted to be one from the moment he moved into his last apartment in Dundalk three years ago.

“I told myself the next place I would move into would be my own home.”

Mr. Santiago qualified for our Home Buyer Grant Program which seeks to attract higher income earners (between 80%-120% of the average median income in Baltimore County) to Dundalk and is funded through Maryland Department of Housing and Community Development. He received an additional $5,000 at settlement to be used toward closing costs or the down payment.

Buying a home, the cost of moving and the initial cost of furnishing a home can add up quickly. Our grant seeks to eliminate that burden and make becoming a homeowner a no brainer.

“The home buyer grant allowed me to have financial capital to furnish my home. The money I saved on the closing cost allowed me to purchase new furniture.” Mr. Santiago said when we followed up with him a few weeks after he purchased his home.

Mr. Santiago was looking for a place he could call home that was close to his job and his place of worship in Baltimore City. He was also looking for a sense of community and neighborhood pride. He chose a three bedroom row home in Turner Station, one of Dundalk Renaissance’s focus neighborhoods known for its history as a thriving historically Black neighborhood and for its tight knit community.

“My neighbors have been so welcoming. Within a week of moving in, my son received a graduation card from our neighbor.” Mr. Santiago said.

Turner Station can also boast of more than its tight knit community. The neighborhood has many lush gardens in community spaces and backyards. Drive around at the end of the summer and you’ll be hard pressed to find taller, hardier sun flowers in Dundalk. The Turner Station Conservation Teams have been hard at work beautifying the area, including a whimsical wildflower garden under the power lines. It’s easy to see the care many neighbors put into the community.

Mr. Santiago was inspired to make his yard his own after seeing his neighbor’s beautiful and often elaborate well-tended gardens and yards. He is looking forward to working in his yard and building a flower and vegetable garden so he can enjoy its beauty and, hopefully, its produce next spring and summer–just one of the benefits of putting down roots in Dundalk!

Our Home buyer Grant Program is funded through Maryland Department of Housing and Community Development and with the generous support of annual and legacy donors, and corporate sponsors throughout the lifespan of Dundalk Renaissance.